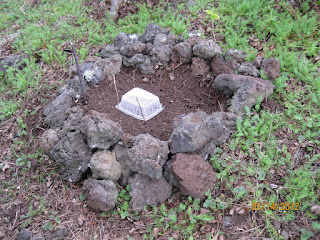 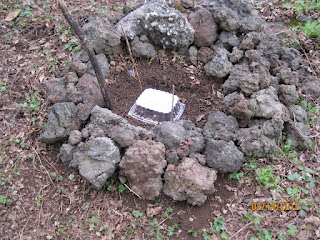 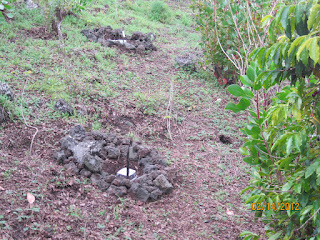 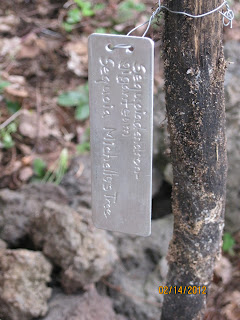 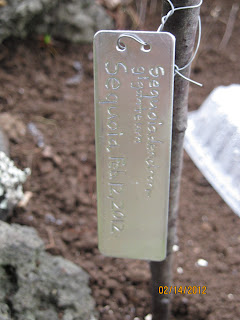 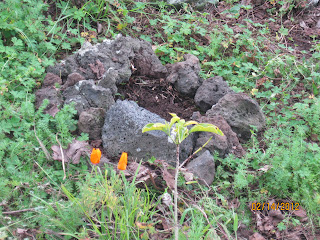 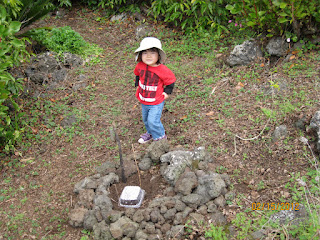 In a supreme burst of optimism, my father and I planted some Sequoia seeds February 12, 2012 on our coffee farm. We even planted a special group of seeds for a tree for Michelle, pictured above, age 2 years, 6 months, and 5 days old.

A Hawaiian Garden in Kula 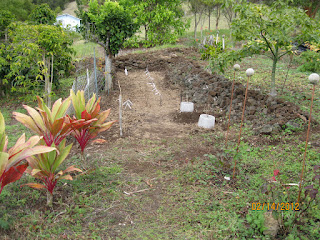 North view of the garden
(Approach from the house.) 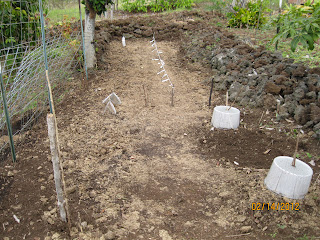 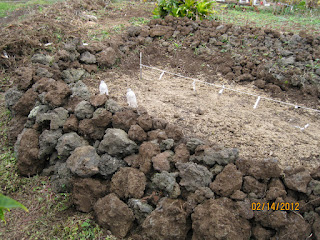 New addition to the existing lava rock wall,
the rear and closest walls were built to raise the level
of the planting area. Trying to create a raised bed effect. 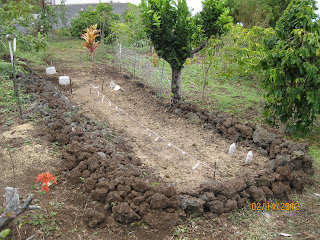 South bird's-eye view of the garden 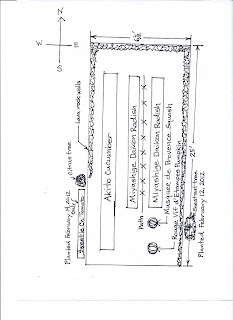 Excavating a Garden in Kula

Kula, translated loosely from Hawaiian, means a plain. It doesn't mention the number of rocks that are in that plain. There are a lot. The preparation of this small, 6' X 25', lava rock wall garden took my father and me about 5 hours because of the bountiful number of rocks in the soil. To help build up the soil, I covered the planting area with horse manure, brought up from the lower pasture.

The eastern wall was originally made by my great-grandmother, who passed away in 1976, at the age of 103. So, it's probably over a hundred years old now. I added the L-shaped addition you see above.

Because of the limited space, there was room for one row of Akito cucumbers, two rows of Miyashige daikon radishes, a couple of mounds of pumpkins, and four mounds of "Sweetie" cherry tomatoes planted under the temporary fence.


For specific details, please refer to the garden plan/map.