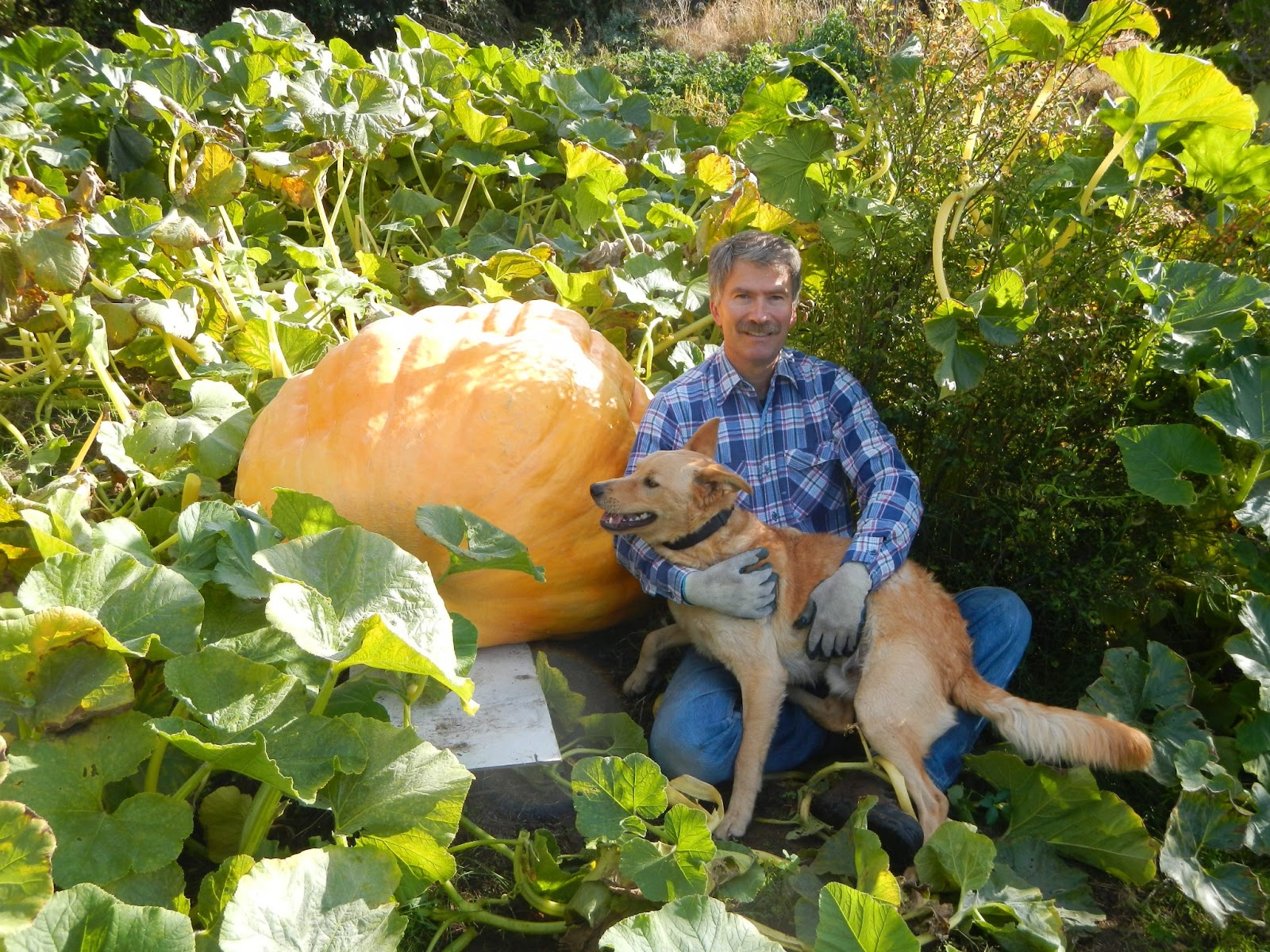 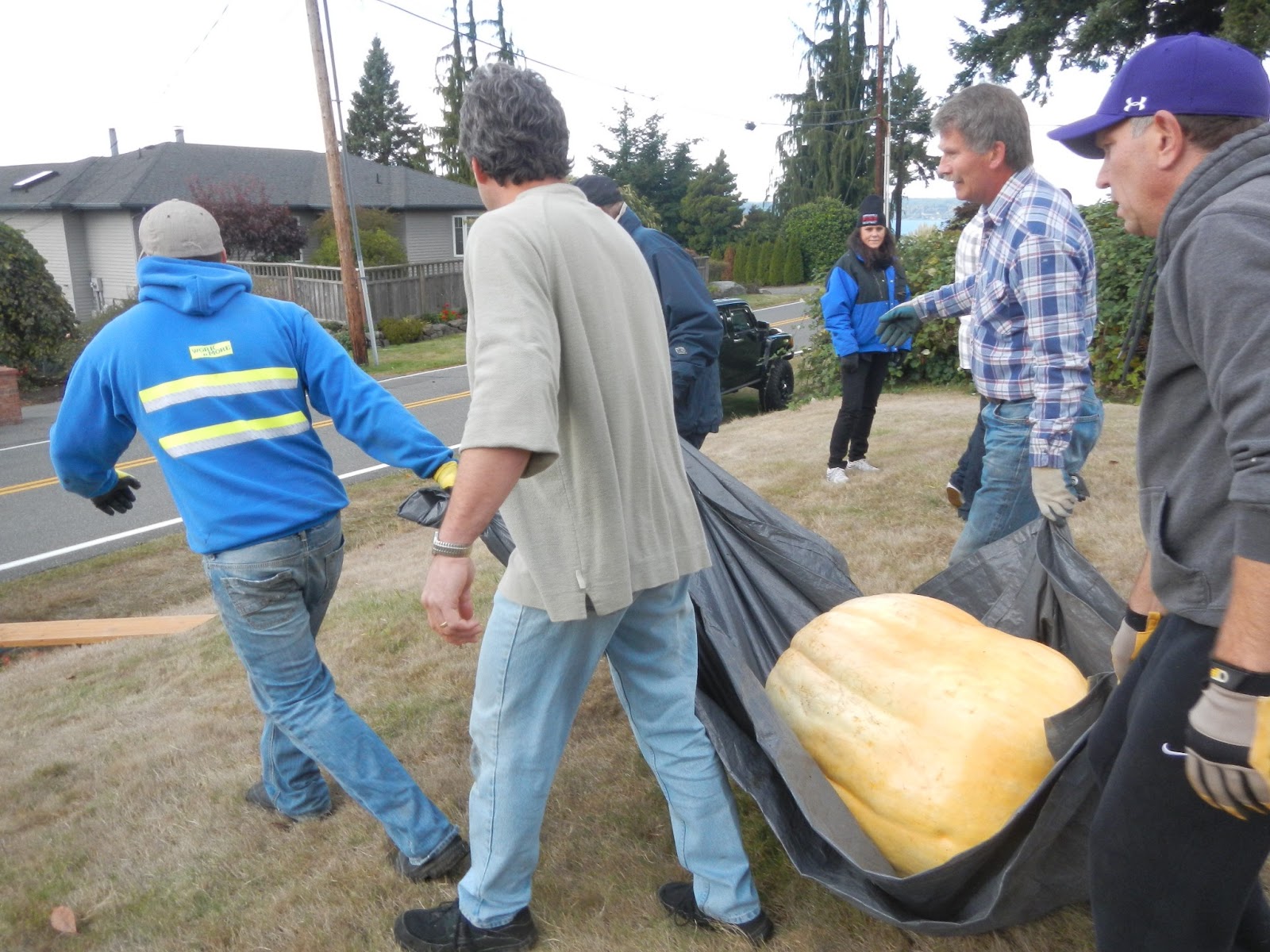 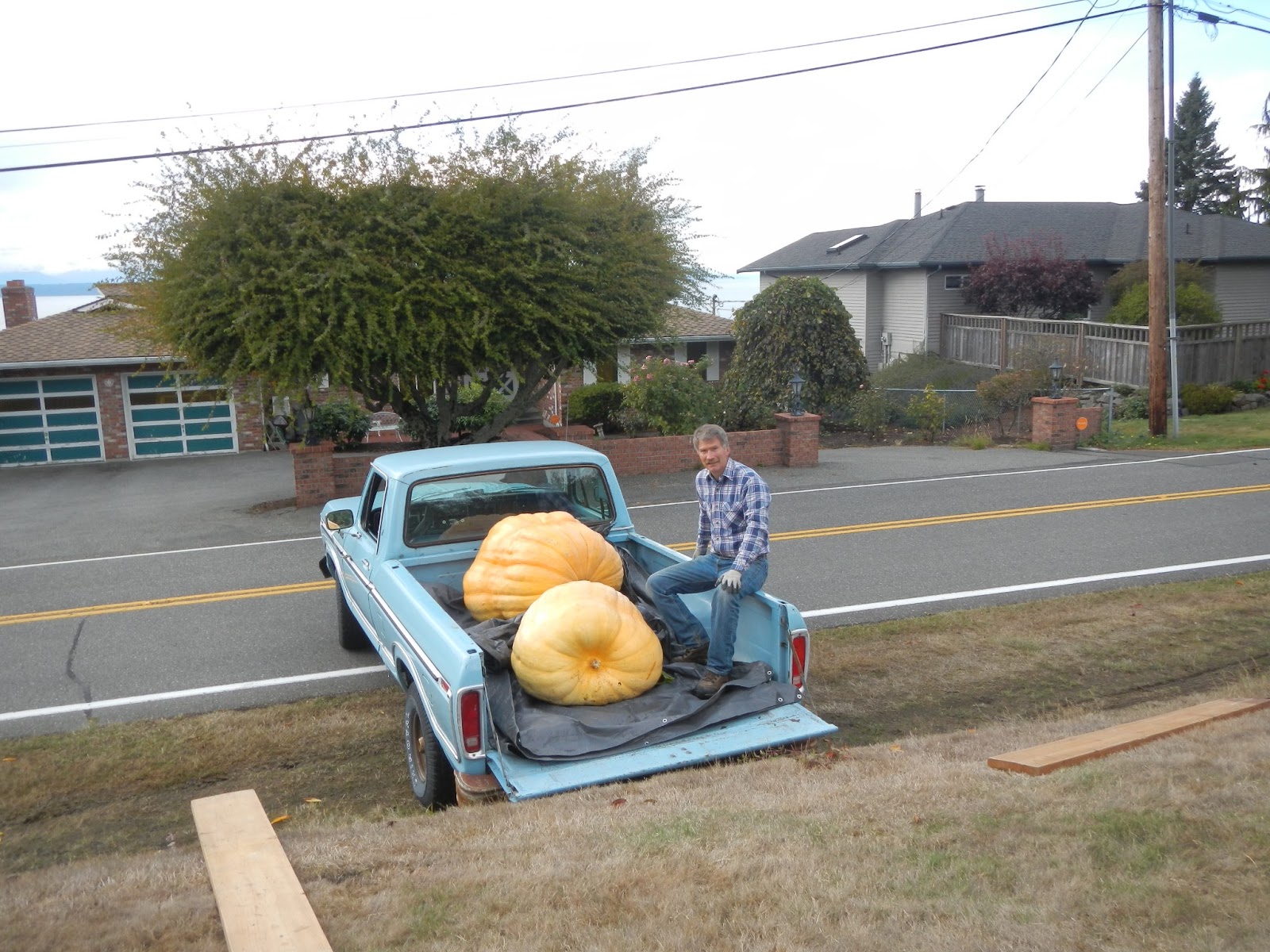 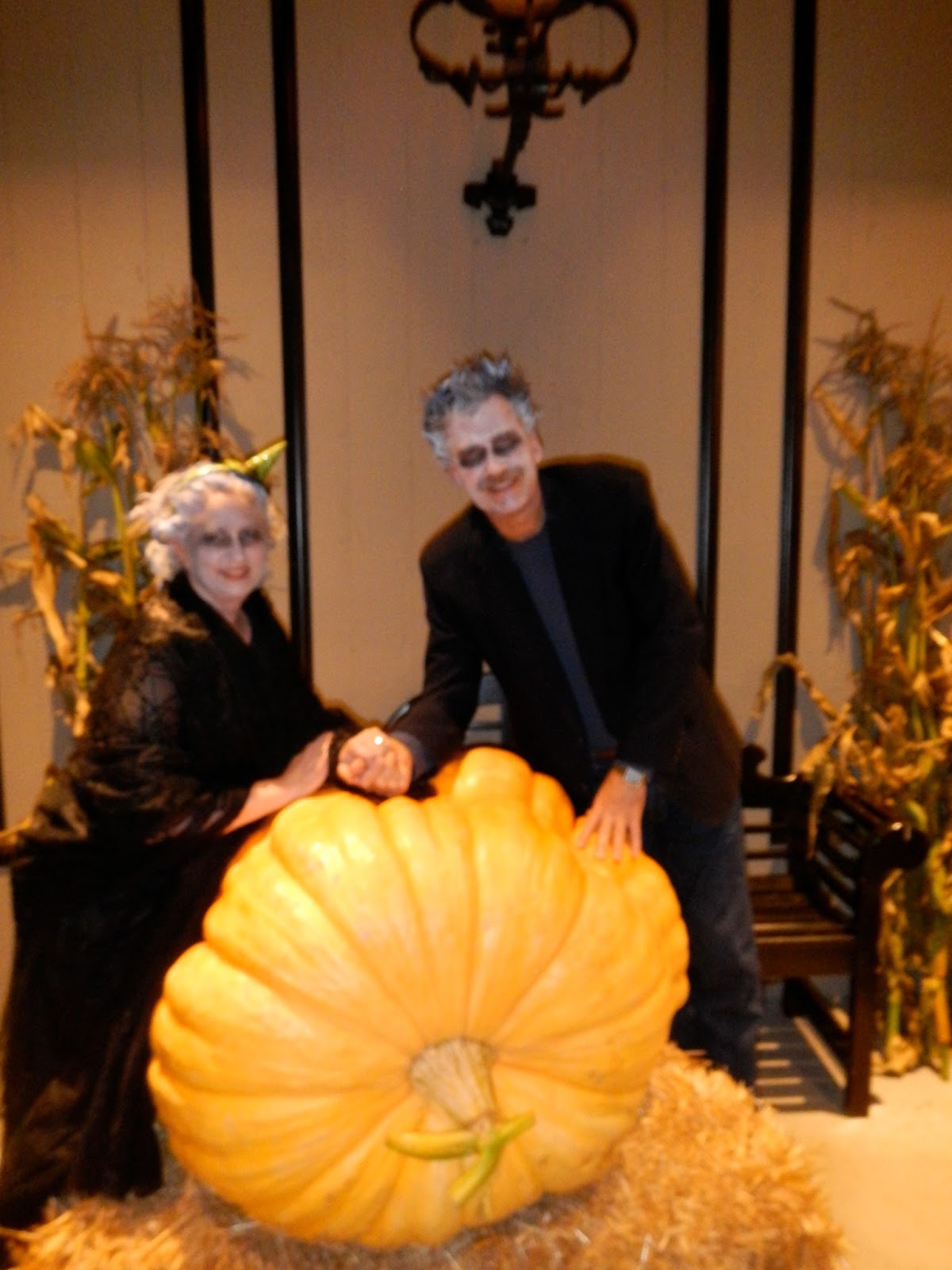 Giant pumpkins, what else?

Ross Haddow, of Edmonds, WA, a grower and graduate of the giant pumpkin workshop, sent me these great photos of his 2012 efforts, and the following message:

"This year's fruits of the vine. With the help of half of my neighborhood, I put two in the back of my pick-up and drove to the transfer station where they weighed me in and out after delivery for a total of .41 ton or 820 lbs for the two ( 500+ and 300+ ? ). The biggest was over twice the size of last year's pumpkin. Getting better.  Ross"

I'll say. (The use of the dip in the road to minimize the height that the pumpkins had to be loaded on to Ross' truck, is pure giant pumpkin grower genius.)

In spite of the cold then hot then cold and then hot weather we've been experiencing, many Southern California giant pumpkin growers have emerged from hibernation, and are beginning to strategize their 2013 seasons, preparing their growing areas, and wondering what they should be doing now.

A great place to start is with a soil test. The reason is simple: How do you get where you want to go, if you don't know where you are now? That is, your soil may be just fine, and adding copious amounts of amendments and other organic materials, may actually hinder your growing efforts. On the other hand, and probably more typical, what should you be adding to your soil and growing areas now in order to maximize your outcome this season?

The recognized soil lab for giant pumpkin growers in the United States is:

Depending on the extent of your soil test, their prices range from $16.00-$37.00, so not too big of a hit on your wallet. I highly suggest that you pay the extra $2.00-$3.00 for their recommendations and having a graphical analysis report. It makes interpretation of the analysis/findings easier to understand. Then you'll know exactly what to do now to achieve your new personal best this season!