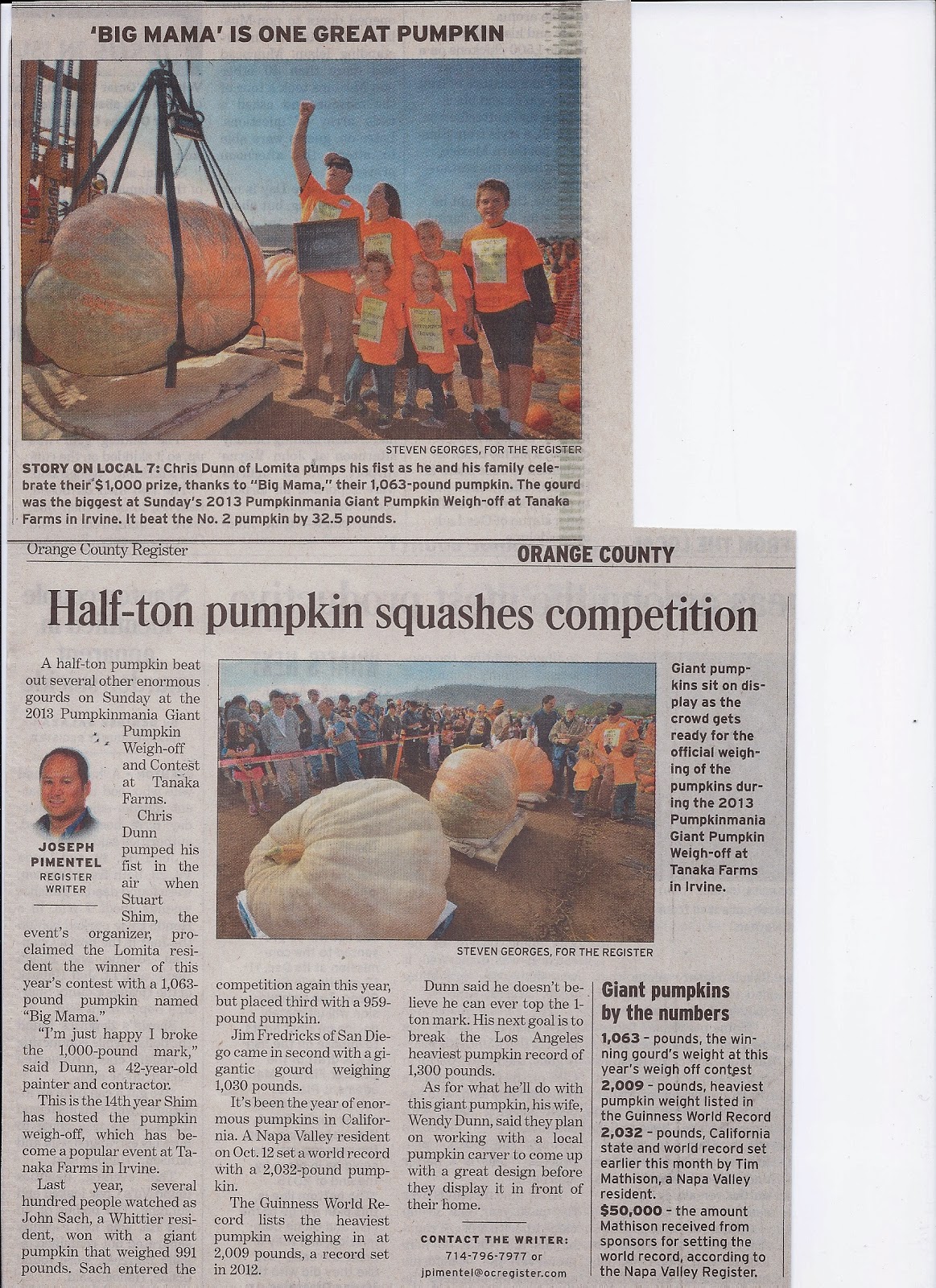 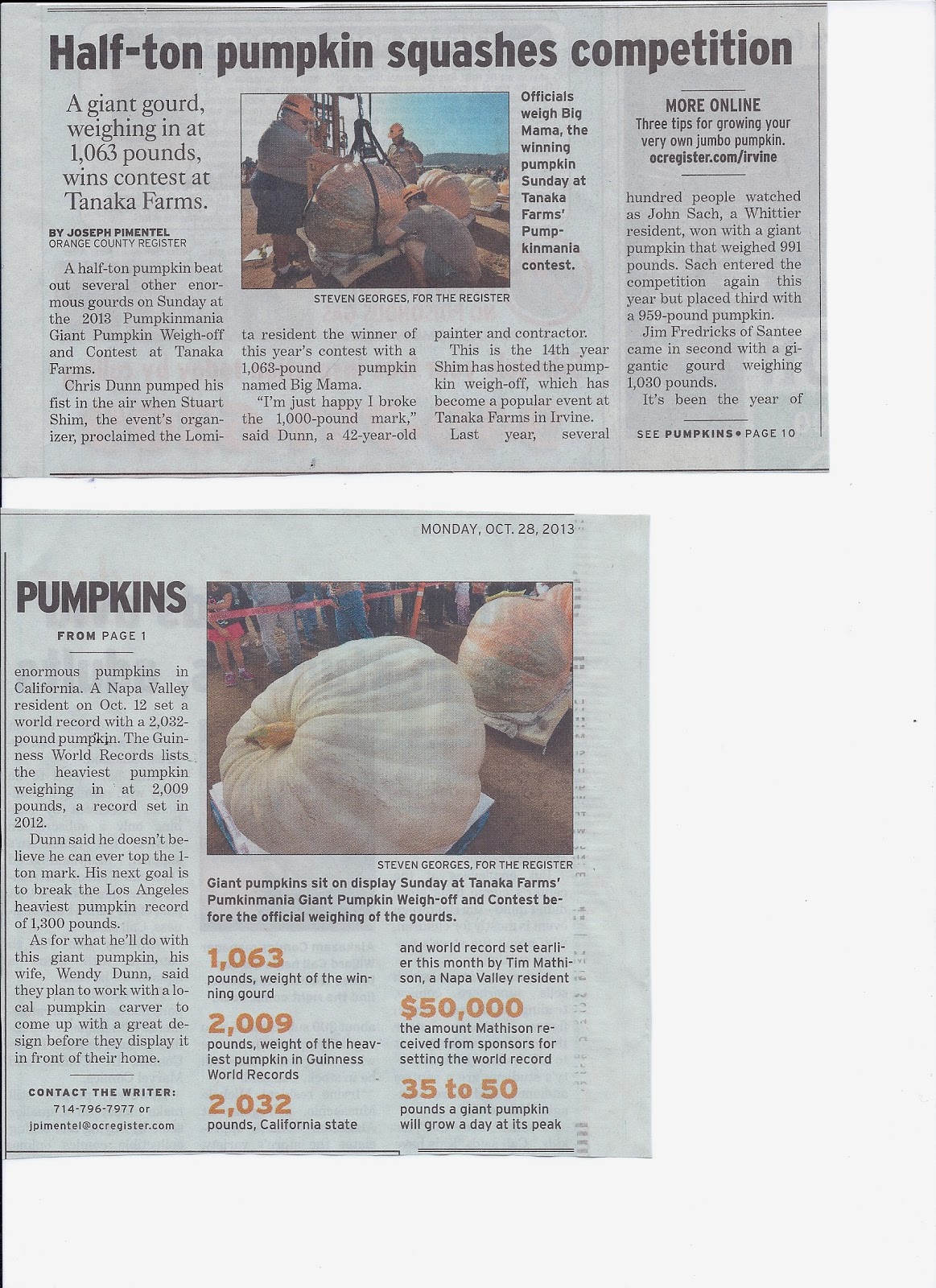 Now that the dust has settled from this year's weigh-off, I thought posting the articles and photos that appeared in The OC Register and The Irvine World News might be of interest.

In addition, here's the link to a video posted on YouTube by David Wolfberg, an award-winning, freelance documentary filmmaker and gardener/giant pumpkn grower, who was there to document the stunning moment when this year's champion was announced:

(I love the use of a hand-held camera to convey the spontaneity and zeitgeist of this year's weigh-off.)

There have been some random sightings of some of the footage captured by "Chris/Kris/Khris", the one-person film crew/driver from KABC TV. I haven't received any notice of it being available locally, (besides a call from KABC requesting the actual results of the weigh-off... Apparently this critical piece of information was somehow overlooked because of all of the excitement and pandemonium following the weigh-off.)

I hope you enjoy all of the coverage!